Writing in iMediaConnection, CooperKatz & Company's Steve Rubel says marketers can capitalize of the status of popular bloggers by signing them to endorsement deals, hiring them to write a custom-published blog, pay them to use product, use blog evangelists in a PR campaign or simply hire a blogger to go to work for you and garner the free press that goes along with it all.

There is a pecking order in the blogosphere but once you've pecked you way in, your in. You're known. Your opinion and commentary circulate faster than a ten ton marketing campaign. Marketers, ever in search of better ways to reach their target, would do well to explore the unique conversational nature of the blogosphere and explore opportunities to leverage it for success.


Targeting Ain't Seen Nothing Yet

A new study released by Deloitte's Media and Telecommunications division points to a future in which mass marketing shifts to micro targeting. While not surprising, the report speaks to the convergence of of media and the continual merging of electronic devices into one, through which all content will flow - likely the cell phone. Along with the merging of devices will be the transference off all media to digital form coupled with the rise in consumer conversation afforded by weblogs and wikis.

While no company would ever own up to a viral clip such as this week's Suicide Bomber viral ad for the Volkwagen Polo, VW, is predictably, disavowing any knowledge of the ad. Revolution Magazine reports the ad was created by a company called Lee and Dan, creators of the Ford SportKa StreetKa and other viral ads.

Sounding as if lying through his teeth, Lee and Dan's Dan said, "The ad got out accidentally and has spread like wildfire. It wasn't meant for public consumption. We think the spot reflects what people see in the news everyday, and in this instance the car is the hero that protects innocent people from someone with very bad intentions. We're sorry if the ad has caused any offence." No company is going to spend marketing dollars on anything just to let it sit in the closet. This was very much a planned campaign.

Both Volkswagen and its agency, DDB, claim they had nothing to do with the creation of the spot. Clearly someone is lying. Very likely, someone deep inside the bowels of Volkswagen and DDB gave the green light for this. In fact, it's probably a case of plausible deniability.

Some renegade account exec or brand manager told a few people to go do some cool viral thing but, at the same time, to keep quiet about it. In fact, there's probably an annual budget set aside at the beginning of each year for this sort of thing and those using the budget are simply told to do with it what they choose on a timeline of their choosing.

In the world of viral and word-of-mouth advertising the debate will continue to center on transparency. Some practitioners believe companies should be upfront and acknowledge all involvement with campaigns. Others feel success hinges on gray area or planned denial as is the case in the Volkswagen Polo situation. While it may not be the most successful, at the end of the day, honesty is the best policy. 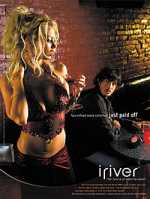