Reebok has launched an ad campaign called "Welcome to the Neighborhood" that mirrors the Big Brother reality series placing 11 NFL players in a house together. The campaign by Arnell Group and website (where you can view all the spots and out takes) by Zugara are promoting Reebok's Gridiron Classics and Team Apparel collections.

Beginning, September 26, the campaign will air during the 2005 NFL season on ABC, CBS, ESPN and the NFL Network. Print executions (ever wonder why we say "executions"? You have to wonder what people outside the industry think we are talking about.) will occur in Sport Illustrated and ESPN the Magazine.

In a very Un-PC move - but then again, America is the only country who has overdosed on political correctness - the Canadian Tobacco Manufacturer's Council has launched Mychoice.ca, a website promoting "fairness and civility" to the country's five million smokers. The site provides those who join the ability to rant about smoker's rights on message boards, take surveys, read up on the legal rights smokers can claim, contact politicians and access a map that shows where smoking bans are in place across the country. You go, smokers! I want my cancer stick!


David Beckham and Scooby-Doo In Ad For Adidas

As part of the "Impossible is Nothing" campaign, European football player David Beckham will appear alongside cartoon character Scooby-Doo in an animated commercial for Adidas to be launched October 1 across Europe. Beckham plays a mysterious character who gets unmasked by Scooby and his friends.

As reported yesterday, ad hoc group "Double-think," made up of West Coast creative minds and headed by Madison Avenue vet Harry Webber has, today, unveiled a new conceptual ad campaign for Coke Classic. With Coke's marketing in turmoil, revenues in the toilet and many agencies currently vying for the business, Webber hopes Coke marketers will give this effort serious consideration.

On Madison AveNew, Webber writes, "Armed with a new dossier of global product and market info, our "Double-think" team worked on discovering and defining the powerful product-based, "Brand Character" inherent in Coca-Cola Classic. We went in to discover the prime motivator that will compel the current Coke Classic faithful into becoming active (as opposed to passive) brand ambassadors. We went in to uncover "who" rather than "what" defines the true personification of Brand Coke Classic" While a global brand, Webber argues Coke is uniquely American and has made that stand for something in the campaign which incorporates the tagline, "A Cool American." The campaign puts forth a set of unique personality qualifiers that defy categorization yet, together, paint a holistic picture of a unique individual that can't easily be slotted into a demographic bucket.

Predictably, many in the industry will slam this effort, not for any shortcomings it might possess, but because they didn't think of it first. We, however, think it's a brilliant step in the right direction.

It's fresh. It's not hip. We don't need anymore ridiculously hip-filled ad campaigns. We need advertising that identifies itself with the consumer. This campaign does that. It accessible. It's flexible. It's identifiable. It allows the consumer to step inside the campaign no matter who they are. View all the concepts here.

And the inevitable spoofs here and here.

It's always difficult to know what's acceptable and what's not from one culture to another. What seems harmless in one can be quite offensive in another. Danwei reports multi-national agency Leo Burnett recently apologized for an ad it created for Japanese Nippon Paint. The ad demonstrates the smoothness of Nippon Paint by showing a dragon which had slid down its post. In China, you don't mess with the dragons. They are sacred, cultural icons. Luckily, for Leo Burnett and Nippon, the ad never appeared in mass media but in the September issue of trade journal International Advertising. It appeared, oddly, as part of an article about Leo Burnett's global, multicultural creative talents. 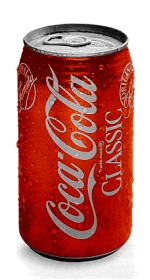 Today, Toyota launched a new brand campaign created by Saatchi & Saatchi of Torrence, CA. The campaign carries the new tagline, "Moving Forward" which leaves the previous "Get the Feeling" behind. Furthering the notion that a car is more than a means to get from point A to point B, the campaign illustrates how Toyota cars are important elements of young adult's lives.

The ads are voiced by actor Rob Morrow and will air on The Tonight Show, Late Night with Conan O'Brien, Scrubs and Last Comic Standing. The TV component will be supported by a print effort in People, Time, GQ, and Wired.

In a welcome, long overdue and revolutionary move, Nielsen has announced it will provide, beginning October 2005, minute by minute respondent level viewing data flagged with minutes including a commercial.

Conceivably, this will now allow for rating viewership of television commercials instead of their containing program. Media buyers will now be able to base program selection on a given program's ability to deliver high ratings for the commercials it contains.

One issue we haven't seen raised, though perhaps minor, is how a minute rating will be attributed to the potentially two :30's that appear within that measured minute. Is it fair to assume two :30's receive the same rating? It's a step in the right direction but a far cry from the desired method of "tagging" every commercial with a unique ID as web ads are to arrive at a "real" delivery number and not one based on a projectable base.