So BMW's Mini Cooper did the whole robot car thing with help from Crispin Porter & Bogusky. Now it's Citroen's turn. The UK French car maker has created an ad which transforms a Citroen C4 into a pop star dancer The :30 spot was created by Euro RSCG London and Justin Timberlake's choreographer, Marty Kudelka who performed the dance while wired to a bunch of computers which copied his moves. The moves were then converted, using 3D animation software, into the moving car parts. In the spot, the car/robot grooves to Jacques Your Body (make me sweat) by electronic dance-pop outfit, Les Rythmes Digitales. The spot can be viewed here. Thanks to Adrants reader Rick Bruner for the point.

Joining the growing number of advertising focused weblogs is VNU big boy AdWeek. The staff of Adweek including Ann Mack, Simon Butler, Tim Nudd, Alison Fahey, Jack Feur and others began posting to AdFreak yesterday and plan to use it to expand coverage of what is already offered in AdWeek. Current posts range from coverage of Mucinex's disgusting logo, the WTA's ad campaign with Serena Williams and Maria Sharapova and how hurricanes help Pop-Tart sales.

The tone of AdFreak is decidedly unlike the straight reporting found in AdWeek. It's as if the chains of the editorial desk have been removed from the writers. It will interesting to watch it's growth unfold and to see how content is divvied up between AdWeek and AdFreak. Afterall, there's a subscription model to protect over at AdWeek and decisions will have to be made as to what to offer for free versus paid. The more intriguing question though for AdWeek is whether AdFreak eliminates the need for AdWeek. Already, two days content of AdFreak is of more interest than years of AdWeek's editorial which consists mainly of agency review announcements, campaign launches, mergers and personnel changes.

OK, OK. We give in. We'll write about this. Even though we saw it already, our inbox needs a break so here's the deal. Tiring from the all the Subservient Chicken copycats (alright, there weren't really any), we opted not to cover this much hotter version of the "tell me what to do" marketing microsites. But now you've made us do it. At this site, called Virtual Bartender, for beer enthusiast, beer.com, you can boss a hottie around to your heart's content. She'll take her shirt off for you and typing "show me your panties" gets a good result as well. And yes, she has a Pamela Anderson-like pillow fight too. Have fun. Drink more beer.

Revlon EVP Chief Marketing Officer Stephanie Klein said the company's recent Deutsch created ad campaign is "increasing purchase intent and brand imagery" but has failed to increase sales. For that reason, the cosmetics company has informed creative agency Deutsch its contract will not be renewed and that an agency search will be launched. Deutsch is welcome to participate but, as history tells us, retaining the account is unlikely. In a blow to fans of beautiful and expensive brand advertising that is more concerned with featuring well known celebrities than persuading consumers to buy, Revlon has seen nothing but drops in sales and share price. 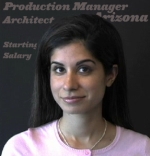 Aquent and the American Marketing Association has launched MarketingSalaries.com, a site with a 70,000 survey base providing marketers insight on salaries for various positions, levels of experience and location. It's always good to have some persuasive data when having the salary conversation but visiting the site for the first time is a bit freaky.

Once past the very lifelike head shots of people peering out from the site with their heads turning and their eyes blinking as though they know work should be getting done instead of gold digging for a higher salary, the site provides a pay dirt motherlode of salary information.

Recently launched AudienceMatch from behavioral targeting firm Tacoda allows advertisers to buy, through bidding, into a network of websites and target using the pay per click model. Tacoda CEO Dave Morgan explains the whole thing to iMediaConnection's Roger Park in this interview.

As much as consumers are gaining control over the media they consume and, consequently, the ads they see, good old couch laziness is here to stay. Market Researcher Veronis Suhler Stevenson reports Americans currently watch an average of 1,800 hours of TV and ply 71 hours of video games. In 2008, Americans will watch 1,900 hours of TV and play 98 hours of video game. That's hardly a leap off the comfy couch. After all, how would we live without satiating our voyeuristic desires now fed by the likes of Wife Swap, The Swan and Extreme Makeover.