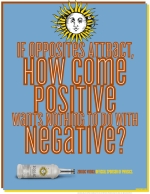 In this world of sports stadiums named after brands, product placements intruding upon content and logos affixed to everything including foreheads, Zodiac Vodka has decided not to up the anti. In a series of print ads, the distiller has positioned itself as the official sponsor of everything. The ads contains headlines such as, "Life is always half full" paid off with the tagline, "Zodiac Vodka. Official Sponsor of Optimism." Others include "If opposites attract, how come positive wants nothing to do with negative"? paid off by, "Zodiac Vodka.

The insanity of advertising complaints isn't exclusive to America as witnessed by a recent complaint lodged by a Swedish woman about an L'Oreal ad showing a man's hand on a woman's body. Sending her complaint to the Ethical Advertising watchdog of Sweden, the woman, Sara, claims the ad is pedophile-like because the woman in the ad looks like a small girl. Adland has the entire story including the fact that the woman in the ad is, in fact, a woman and that the ad was retouched to remove her breasts thereby, perhaps, causing the woman's complaints. If you ask us, we don't know what the big deal is. It's one of the most innocuous ads we've seen.

As part of an ongoing TV campaign which thanks corporate America for not taking too much vacation, Universal Orlando Resort has launched a website focusing on the negatives of not taking a vacation but gives you the tools to improve your vacation going skills. It provides the chance to fight back with some statistics (Americans take the least amount of vacation days), calculate your Vacation Deficiency Quotient and beat your boss up in an online game. All this leads to another site complete with motivational techno music and means to explore what Universal Orlando has to offer.

MSN Search is pumping itself up with an expansive ad campaign which, at it's final girth, will cover 90 percent of U.S. households 40 times over the next eight weeks. We have to admit, that's some serious stamina but, then again, this is Microsoft. Further explaining how the campaign will penetrate the market, MSN Director of Global Campaigns Chris Cocks (we don't make this stuff up!) said, "This will be our biggest campaign since the introduction of the MSN Butterfly in 2000."

If you're happy with Google, get your protective gear on because MSN will soon be knocking, ever so urgently, at your doorway.

Lee and Dan now have last names. They are Brooks and Ford respectively and they have formally apologized to VW for the creation of the Suicide Bomber ad in which a Middle Eastern looking man blows himself up inside a VW Polo. VW received sworn statements from the two acknowledging their involvement in the creation of the ad along with this statement, "The creators regret the distribution of the film, will not publicize it further and apologize unreservedly for the damage caused to Volkswagen." VW has dropped legal action toward the two. 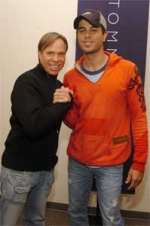