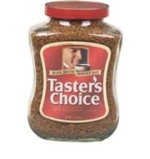 Indicating we all might want to look at packaging more closely the next time we shop, Russell Christoff, whom, in 1986, was photographed by Nestle for possible use on company packaging was surprised, in 2002, to see his image on a Taster's Choice package because he was never told his image would be used. In 1986 a Nestle employee believed permission had been obtained and the company started using his image on Taster's Choice packaging and from 1997 to 2003, his image was used on packaging in the U.S. Mexico, South Korea, Japan, Israel and Kuwait. For Nestle's transgression, an LA County Superior Court jury awarded Christoff $15.6 million form profiting from his image without his permission, The award was based on 5 percent of Taster's Choice sales from 1997 to 2003. 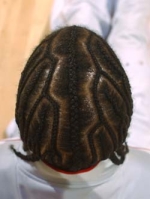 Seems there's no end to the use of the human body as a walking billboard.

Just a few days ago, Detroit Pistons guard Richard Hamilton wore the pattern of Goodyear's Assurance TripleTred tire pattern as a hairstyle during the game against the Knicks in Detroit. Hamilton plans to keep the style for a week or so. Neither Hamilton's management nor Goodyear would comment on what, if anything, was paid to Hamilton.

Baseball legend Yogi Berra has sued TBS for referring to him in a billboard campaign for Sex and the City. One of the boards asks for a definition of "Yogasm" and one of the answers in "sex with Yogi Berra. There is no comment from TBS but the lawsuit ways the ads "damaged his otherwise spotless reputation, is hurtful to his personal sensibilities and has created a false image."