Apparently, Burger King is going viral again with PimpMyBurger, a site which contains a video featuring some dudes rapping about a chicken burger getting pimped. Some Whois research revealed the site is registered to Munchen, Germany-based Omnicom agency start-munich which list as one of its clients Burger King. At the end of the video, the date of March 1 is mentioned indicating, perhaps, the date all will be revealed. 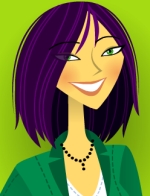 Portfolios.com, a clearing house for creative people's portfolios and the companies looking to hire creatives, has launched "Work The Room," a virtual advertising schmooze fest where you can interact with stuffy ad types. It's all part of the company's upcoming 2nd Annual Awards Show a show for killer portfolio work.