While we're sure there's plenty of other eye popping television commercials in this week's Ad Age TV Spots of the Week, we never quite got past the first one for James Boag, an Australian brewer. Shot in black and white, the commercial is yet another depiction of the typical male fantasy in which all women are hot and all they want to do is have sex - especially on top of a car. Visually, the spot is beautiful. Whether it sells beer really doesn't matter because, after all, beer ads are selling a lifestyle, not beer, right? Oh, and the other spots? Quickly. Nascar, Pepsi Sierra Mist, Embassy Suites, GM, UPS, EA Sports and Gatorade.

Oh, the feathers have been ruffled in media land today. Last week, ANA President Bob Liodice wrote a post in his blog, ANA Marketing Musings. It was an insightful look at some of the elements hurting the television medium such as ad clutter, high cost and lack of measurement. Reacting to that, MediaPost satirist George Simpson wrote a fake letter to Bob as if written by Meredith Topalanchik, who works for PR firm CooperKatz - the PR firm for the ANA - poking fun at Bob for not running his post by his PR folks before dumping on a medium of which the ANA has many members.

Still with us? We didn't think so. Anyway, in response to all of that, Steve Rubel, also with CooperKatz, bit back on his weblog Micro Persuasion in defense of his co-worker and in support of the open and free voice central to the characteristics of weblogs.

We don't know if George was having a bit of fun by lighting a snarky fire under the ANA and the plight of old fashioned public relations in the face of weblog proliferation or whether he truly believes blog posts should be edited by PR folks. We hope it's the former. We also hope he doesn't think an association should never say anything bad about itself or its members. We also hope he thinks insightful conversation about the issues facing the advertising industry are also a good thing. In fact, we know he does. George love to stir things up like this.


Star Wars III Trailer to Debut on FOX's 'The O.C.' 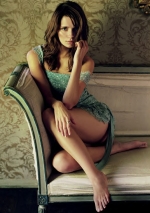 Smack in the middle of teen angst and Mischa Barton's horrific acting, viewers will be treated to the world premiere of the Star Wars III trailer during this week's episode of FOX's shark-jumping 'The O.C.' The trailer will then be widely released to, assuredly, a point of saturation at which actually going to see the movie will become unnecessary.

Oh, and for those fans of Beck - five songs from his upcoming album, Guero, will premiere as will. Set your TiVo now!

Aligning nicely with an earlier nod we made regarding advertising industry regulation, FCC Chief of Technology Edmund J, Thomas, speaking last Friday at the AAAA's Conference said advertisers need to stop being so annoying and which he sees as a plea for regulation. He challenged the industry to find methods, and fast, of becoming less annoying especially in the face of new "smart" technology which has the potential to eradicate most forms of current advertising.

MediaPost reports it has learned AOL's Advertising.com, last fall, stopped doing business with Claria, WhenU and 180Solutions citing a statement from AOL spokesman Andrew Weinstein, who said, "From that review [conducted in Fall 2004], we decided to make clear that we would not do business with companies that distribute adware or spyware that intereferes with or damages our members' online experience."