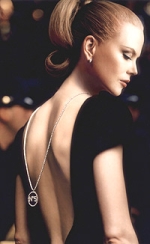 Hoping to alleviate listener tune out due to crappy radio ads, Clear Channel is taking its recent announcement to improve the radio experience by reducing hourly spot loads further and offering expanded creative services for advertisers. Called, Creative Resources Group, the unit of ten copywriters, producers, and other creative experts will aid marketers in creating better radio ads. Either that or Clear Channel created ads with further the notion that the company's vast station ownership has created homogeneous programming sameness.

Vonage will hear presentations from three agencies this week for its $50 million account. Exchanging punches for the right to spread the word about Vonage's incredibly low, voice over IP phone rates (yes, we use Vonage here at Adrants and love it) are Boston's Arnold, New York's Lowe (with Seattle's aQuantive Avenue A/Razorfish) and New York's Carat. Mullen withdrew and Starcom didn't make the cut.

After what was surely a grueling battle between Omnicom, Interpublic and WPP, Subaru has chosen Omnicon's DDB Worldwide to handle its advertising account. Confirming the world is run by babbling PR people attaching names to meaningless, recycled quotes or that marketing VP's really are as vapid as they sound, Subaru EVP Fred Adcock (ad? cock? We'll leave that one to you readers to comment on) said, "As we continue to innovate and expand our product lineup in the U.S. market, we need to communicate the Subaru brand promise in a way that is relevant, memorable and differentiated in the marketplace."

Gawker Media, publisher of Gawker, Defamer and Fleshbot, has launched three new site it refers to as the "testosterone trio." Finally, some guy sites Adrants can play with. Jalopnik is a car site, Kotaku is a video game site and Screehead is described as a site the covers "funny shit." Published by Nick Denton, the sites are sure to see quick success as did previous launches. See his announcement here.

In addition to the launches, Gawker Media has signed a deal with Audi to be the exclusive, site integration sponsor of the Jalopnik site.

Along with ad banners, the Audi logo is embedded within the Jalopnik site and site graphics.

Denton describes the topic matter of the sites as serving the needs of advertisers. "The motivation for rolling out these sites now is very much about advertiser and audience demand," said Nick Denton, the publisher of Gawker Media. "Right now, we don't have enough inventory for people who are trying to reach young males. The idea was to come up with sites that would interest them - around here, we say that Screenhead is a site built for men who are too lazy to watch TV."

We describe the sites as "rockin', guy-focused sites that won't offend women."

Business is booming here at Adrants and we want to make sure you know who's paying our rent. HP has been with us a long time and now they are offering a $700 rebate on a new Designjet printer and a chance to win a digital camera. AzoogleAds has joined us to tell you about their kick ass online advertising services for advertisers and publishers. Aquent has a bunch of ad industry videos for you to view that feature industry vets sharing their war stories and telling you how you can improve your marketing and creative services. BrainMass Professional is a company you really need to check out. They provide all the kinds of research and market/competitive/trend analysis quickly and painlessly to make you smart for your client or boss.

DVDmarketer.com has joined Adrants to explain its DVD marketing program that allows marketers to place DVD content in front of 42 million Amazon shoppers. OK, enough self congratulation. Back to the news.